SOC is largest when both singlet (1dπ*) and triplet (3d’π*) states have strong MLCT character and when different d-orbitals are involved (d ≠ d’). This is analogous to the fast ISC between 1ππ* and 3ππ* states in organic systems (essentially the p ≠ p’ condition), and can be referred to as the ‘‘organometallics version of El-Sayed’s rule’’. 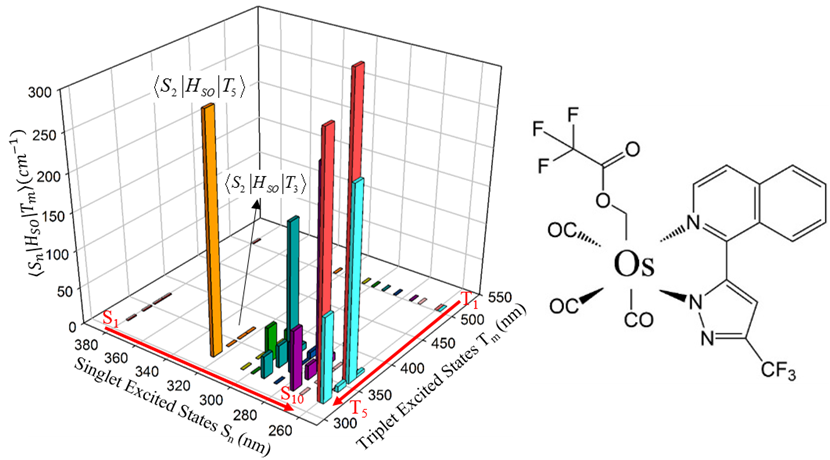