Charge transfer processes are ubiquitous in all areas of chemistry, and as such have been studied routinely by computational chemists. However, these calculations depend on the ill-defined concept of atomic charges. Charges based on Mulliken partitioning, for instance, are both beloved (for their ease of use) and hated (since they sometimes fail spectacularly and are basis-set dependent). Mulliken charges estimate the charge transfer in Ir(ppy)3 close to zero, an unphysical value for the famed phosphor in OLED materials with a trademark metal-to-ligand charge transfer (MLCT) transition.

Appearing in a recent ChemComm report, B. Joo and E.-G. Kim seem to have found a long-overdue solution without really coming up with any new method: Follow the most diffuse electrons around during transfer and it will abolish the model dependence entirely.  Technically their approach is counterintuitive because it only targets the “open-range” electrons for ownership, but is physically sounder than other partitioning methods because it traces only those electrons taking part in charge transfer.  By doing so, the extent of charge transfer is fully consistent with other measurable quantities and, equally important, chemical intuition. Their approach can be extended naturally to other fields of chemistry where inter- or intramolecular charge transfer plays a key role, whether in the ground state or during excitation. 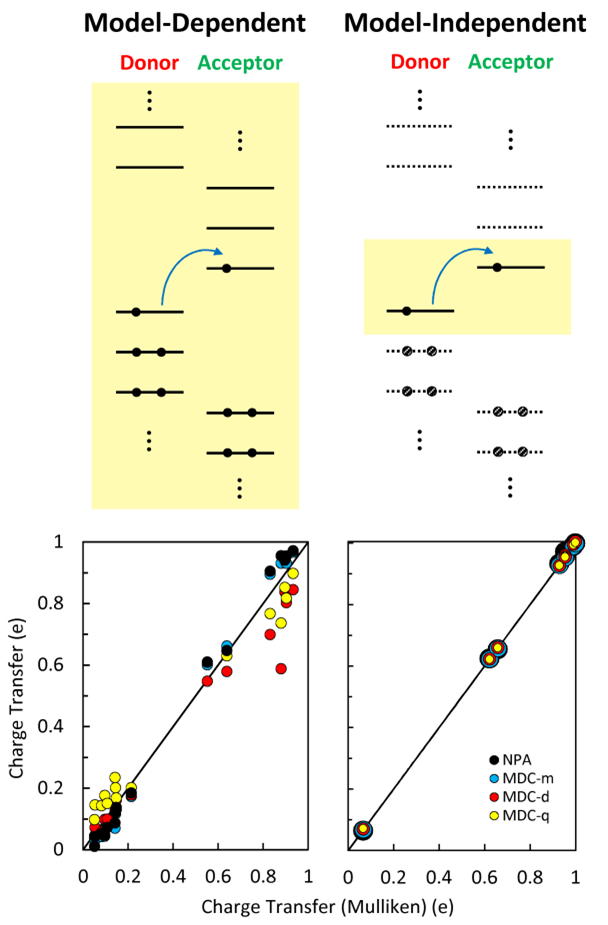