In a joint experimental-theoretical effort reported in Nature Communications, highly accelerated azide-cycoalkyne have been achieved and analyzed with DFT. The ‘click’ type reaction has also been demonstrated in a one-pot three-component protein labeling reaction and shows great promise for future applications in multi-component reactions.

ADF calculations reveal that the reaction between the electron-deficient azides and strained cyclooctyne follows an asynchronous inverse-electron demand pathway (i.e. the alkyne HOMO donates first into the azide LUMO in the transition state). The predicted activation barriers decrease in the order A, D, E, F, G in agreement with the experimental reaction rates for these azides. Activation-strain analysis reveals that the favorable orbital interactions in the asynchronous transition state is counterbalanced by increased steric (Pauli) repulsion. 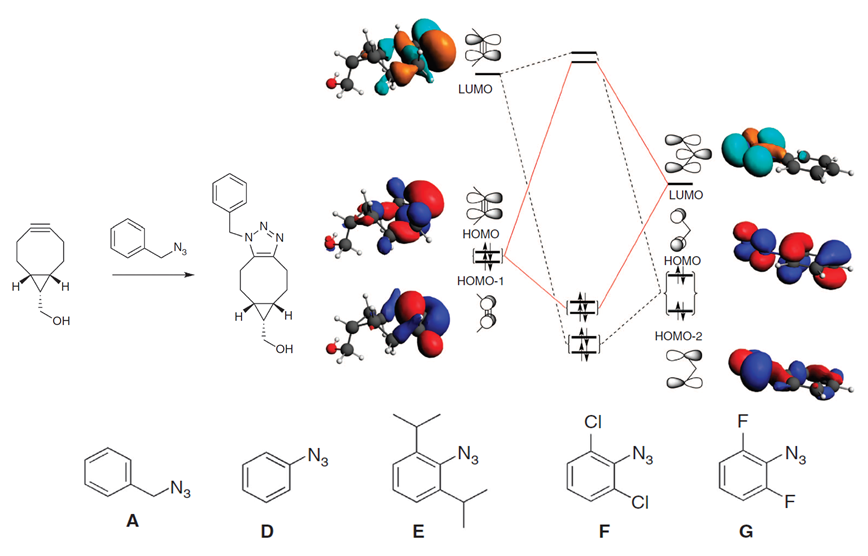 Azide-cyclooctyne ‘click reaction’ and orbital interactions in the TS. The reactivity increases from A-G.