Lithium released from the anode is a highly exothermic process in lithium-sulfur batteries, and as such can lead to reactions with the electrolyte. In a recent ReaxFF study, the lithium discharge from a single-walled carbon nanotube (SWCNT) composite electrode was studied, and indeed the hot lithium ions lead to many dissociation events, resulting in unwanted build up of ethylene. Coating the Li/SWCNT anode with a layer of porous Teflon, acting as a unreactive thermal buffer, leaves the electrolyte mainly intact and reduces the amount of ethylene formation by 90%.

These ReaxFF simulations give precious atomic-level insight in the fundamental processes at the electrode-electrolyte interface, which are necessary for further designing safer and longer-lived Li-S batteries. 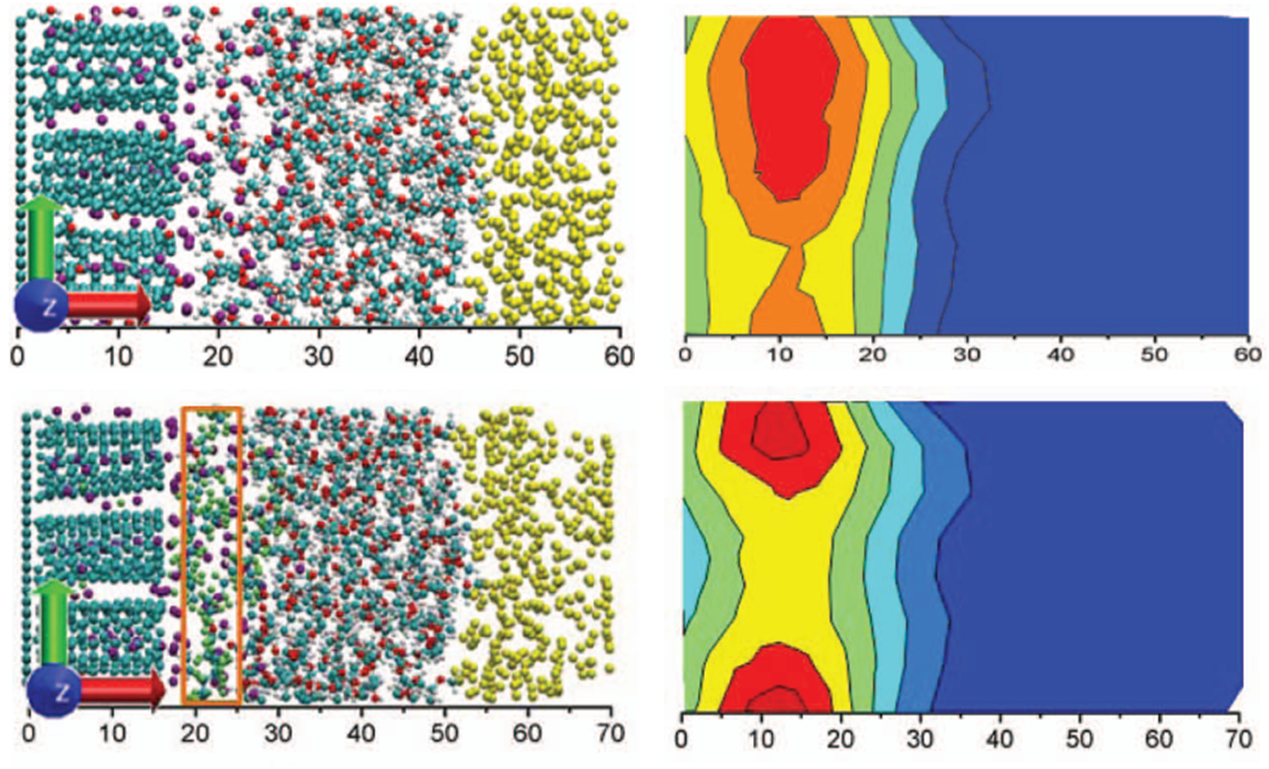 Look at the web presentation to learn how to parametrize ReaxFF force fields with the MMC-SA optimizer.