A similar conclusion was drawn for reaction and activation energies by transition metal catalysts in a 2013 paper by Kazaryan & Baerends: “The smaller GTO basis sets give really large discrepancies compared to the converged results. It is worth noting that the STO basis set convergence is significantly faster.”

No convergence with ECP basis sets

In case GTO basis sets are combined with Effective Core Potentials (ECPs), the results worsen in the sense that the common basis set limit for STO’s and GTO’s does not seem to be reached even for quite large ECP basis sets. 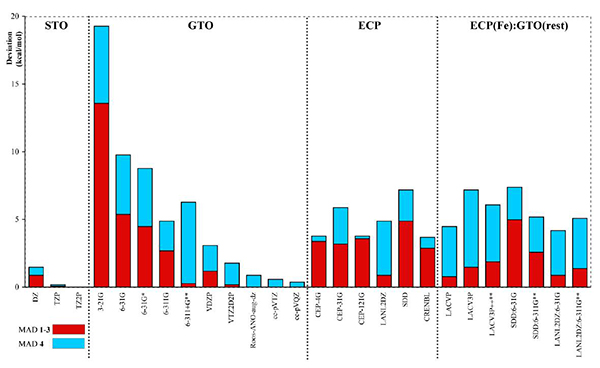