The recent cover story of Chemistry Open pursues the origin of the strong hydrogen bonds in Watson-Crick base pairs. While the commonly held theory of resonance-assisted hydrogen bonding underlying this hydrogen bond strengthening has been contested previously, this study scrutinizes the hydrogen bonds in AT base pair by also studying analogues with a smaller π-framework, and even saturated (sp3) mimics.

Using DFT-D3(BJ) calculations and energy decomposition analysis on the different AT-analogue pairs, it has been established that the π electrons do not enhance hydrogen bonding via resonance-assistence. Instead the π-framework only plays a role in terms of creating a stronger electrostatic interactions and better donor-acceptor overlap, increasing hydrogen bond covalency. Consequently, the sp3-mimics have hydrogen bonds that are half as strong as the hydrogen bonds in the AT base pair and its analogus with sp2-hybridized donor and acceptor centers. 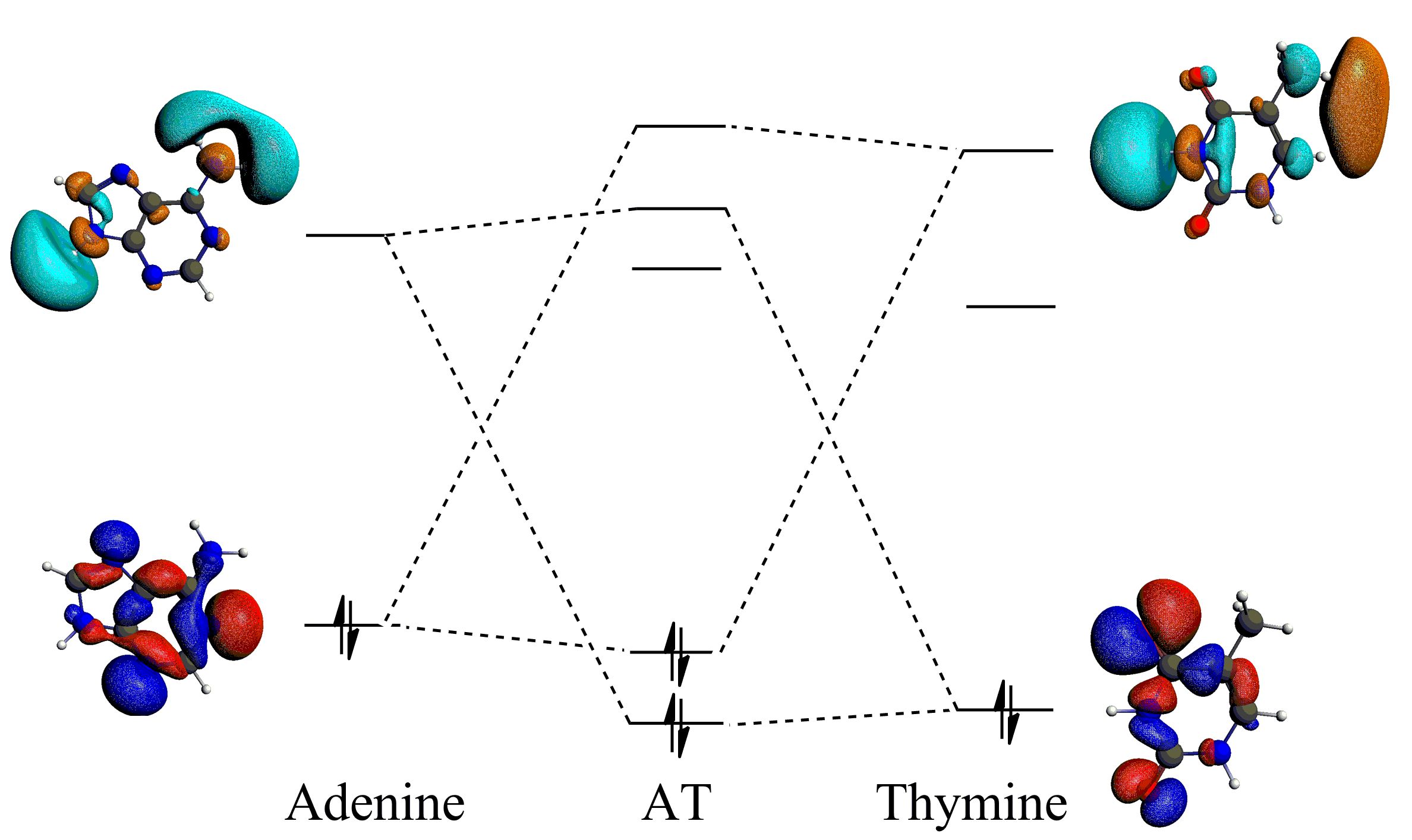 Donor-accpetor interactions for the hydrogen bonds in the AT base pair, enhanced by the sp2 hybridization

Would you like to keep up to date with the latest developments in the Amsterdam Modeling Suite and the SCM team, learn more about new applications and functionality?
Subscribe to our newsletter!

L. Guillaumes, S. Simon, and C. Fonseca Guerra, The Role of Aromaticity, Hybridization, Electrostatics, and Covalency in Resonance-Assisted Hydrogen Bonds of Adenine–Thymine (AT) Base Pairs and Their Mimics, Chemistry Open, 4, 318-327 (2015)