Reactive molecular dynamics simulations (ReaxFF) and X-ray photoelectron spectroscopy were used to investigate both the bulk and the surface distribution of cysteine species in aqueous solution. Experimentally, the protonation state of cysteine, which in water solution is strongly affected by the pH of the environment, was checked by monitoring the distribution of its species at various depths, sampled by means of X-ray photons of different energies.

The evolution of the species at the atomic level was reproduced theoretically, starting from a model corresponding to a pH of 9.5 and a concentration of cysteine around 1M. To understand the interface chemistry, two different simulations in the NVT ensemble were performed: 1) “bulk phase”, 2) “surface phase” (where the volume of the simulation box was expanded in one direction in order to create a vacuum region). The theoretical results successfully reproduced the distribution changes from the bulk to surface observed experimentally and predicted the formation of new species at the surface, which were not present in the bulk. 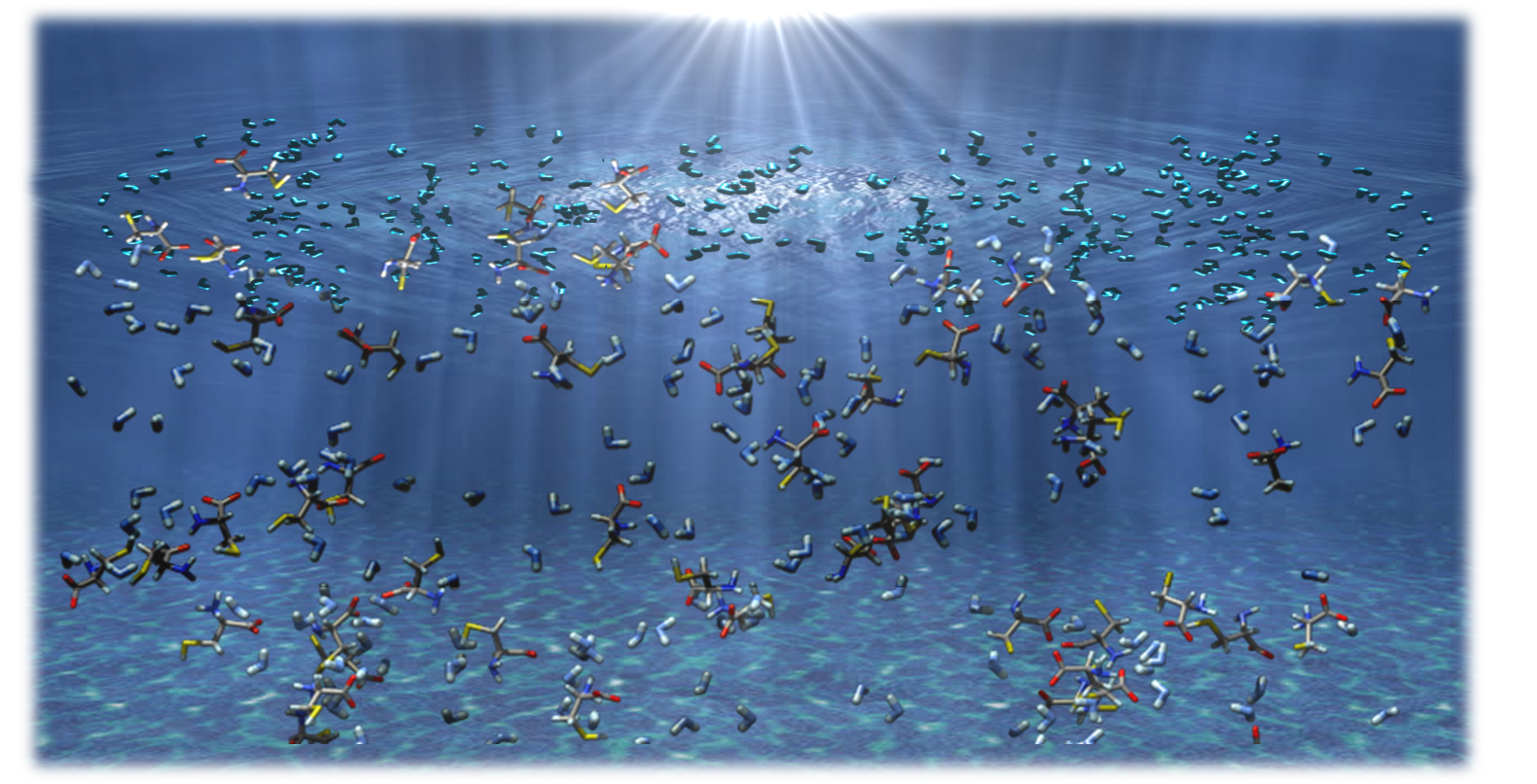 A  ReaxFF study on functionalizing gold nanoparticles with cysteine was recently published.