Tetraphenylmethane tripod is a promising platform to support functional moieties considered for the fabrication of working elements in future molecular electronic devices. In this work, charge transport (conductance G) in molecular conductors supported by tetraphenylmethane tripod possessing thiolate anchors was experimentally investigated at the single molecule level between two gold electrodes by scanning tunneling microscopy break junction (STMBJ) technique. Density functional theory (DFT) combined with non-equilibrium Green’s function (NEGF) formalism as implemented in ADF was employed to calculate molecular conductance, revealing the charge transport mechanism and the most probable configuration of the molecular junction. The results obtained in this work will guide the further design of terpyridine based electrochemically-addressable molecular switches supported by the tetraphenylmethane tripod.

Download the example input file to try out these calculations yourself. 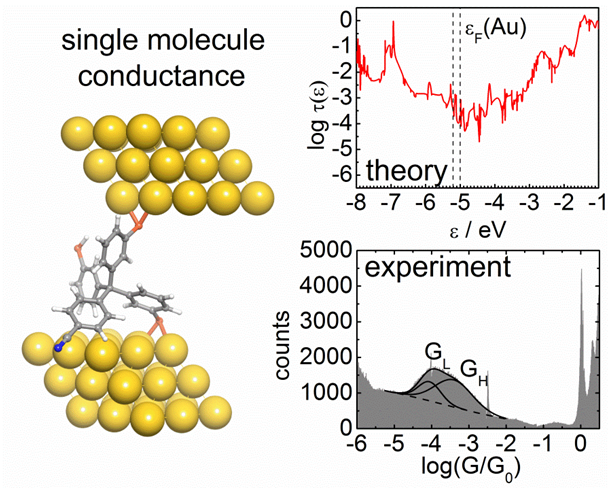