The Fischer-Tropsch reaction aims at synthesizing lower olefins (C2-C4 alkenes) from synthesis gas (CO + H2). In this reaction, typically large amounts of methane are formed as an unwanted side product. In a combined experimental and theoretical study, computational chemists from Utrecht University performed periodic DFT  calculations with BAND to rationalize the observed promoter effects in iron-based Fischer-Tropsch catalysis. The addition of promoters improves the selectivity, especially the combination of sodium and sulfur proves to be a very good combination.

High-quality calculations performed with ADF-BAND explain this specific combination of promoters. A combination of charge donation and a specific geometry makes this promoter effective. The active phase is iron carbide, of which the carbon atoms take part in the reactive mechanism. Since sulfur binds specifically to iron atoms, it does not block the carbon atoms, but make a next-nearest neighbor interaction maximizing the promoter effect. 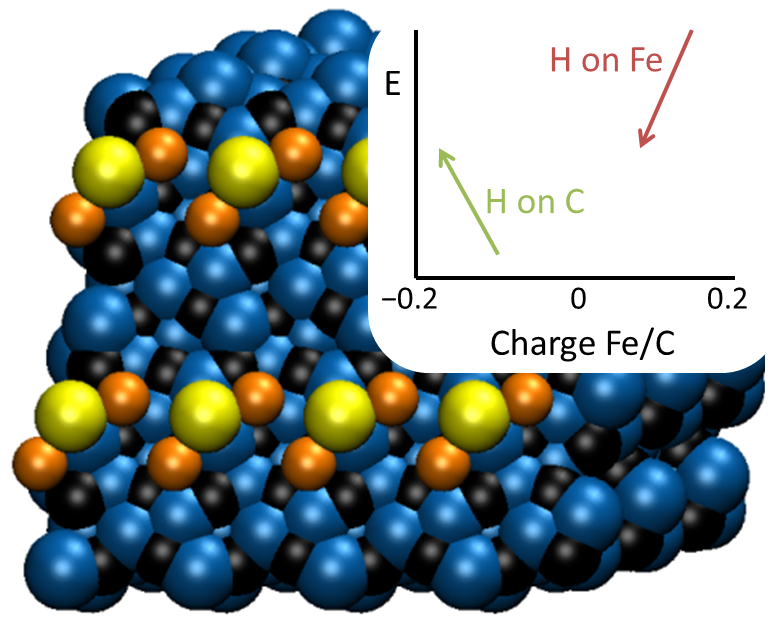 The periodic DFT code BAND can treat surface slabs with proper 2D boundary conditions, so that the promoter and/or support can be polarized in the vacuum direction. This surface polarization can have a large impact on the catalytic effect, since charges can adjust during the reaction pathway.

You should also check out the other tools the Amsterdam Modeling Suite has to offer for studying catalysis.  You may find the (periodic) bonding analysis, reactive molecular dynamics of large complex systems with ReaxFF, and advanced treatment of environment effects useful for your own research.