Polyoxometalates (POM) are a class of clusters based on MO6 octahedra where M is tungsten or molybdenum, often containing a further heteroatom at the center. POMs are finding extensive application in materials chemistry, catalysis and pharmacology, and their complex structure is probed by means of NMR spectroscopy of the W-183 nucleus. Empirical criteria are often employed to interpret experimental spectra, but computational chemistry is now capable to predict the NMR spectrum of species as large as gamma-[SiW10O36]8- (see Figure) with great accuracy ( Angew. Chem. Int. Ed. 44, 2023 (2005)). 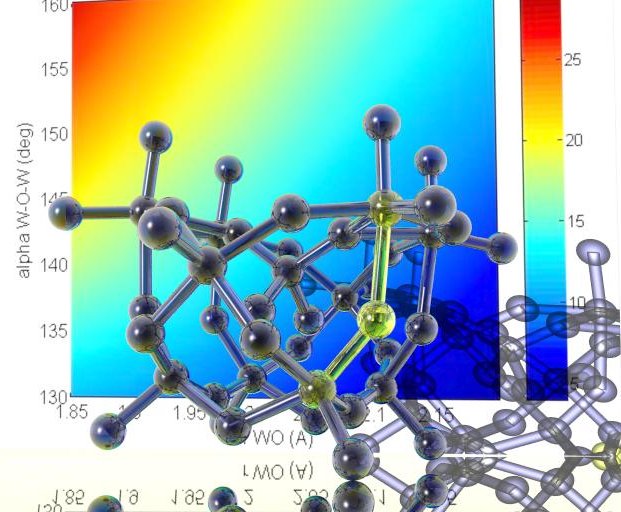 Prof. Bagno of the University of Padova in Italy comments “Through the unique capability of ADF (and associated CPL module) to compute the electronic structure of molecules containing heavy atoms in a relativistic DFT framework we have been able to address a puzzling issue – why is one vicinal coupling constant in gamma-[SiW10O36]8- so small?