In a series of break-through papers, Prof. Steve Liddle and his collaborators report the synthesis, isolation, and characterization of new uranium complexes.

Relativistic DFT calculations with ADF afforded invaluable insight in the chemical bonds of these latest uranium complexes and how they compare to longer-established U bonds and analogous bonds in d-block complexes. The bonding interactions are routinely studied through bond orders (Mayer, Nalewajski-Mrozek), QTAIM, NBO, orbital populations, and MDC charges and spin densities.

Bonding interactions in uranium complexes
Although the 5f-electrons are predominantly non-bonding, they do participate in U-X multiple bonds as well as carbocyclic π-electron ligands.

Uranium’s oxidation state can strongly affect bond orders as well as the relative participation of 5f and 6d orbitals in the π-bonds. At short U-X distances, the N 2pz orbital has anti-bonding interactions with 5f and 6d orbitals, pushing the σ-bond higher in energy than the π-bonds for the U-N triple bond. Although the U-N distance shrinks from 1.825 to 1.799 Å upon oxidation from U(V) to U(VI), the Mayer bond index is hardly affected (2.91, 2.92). 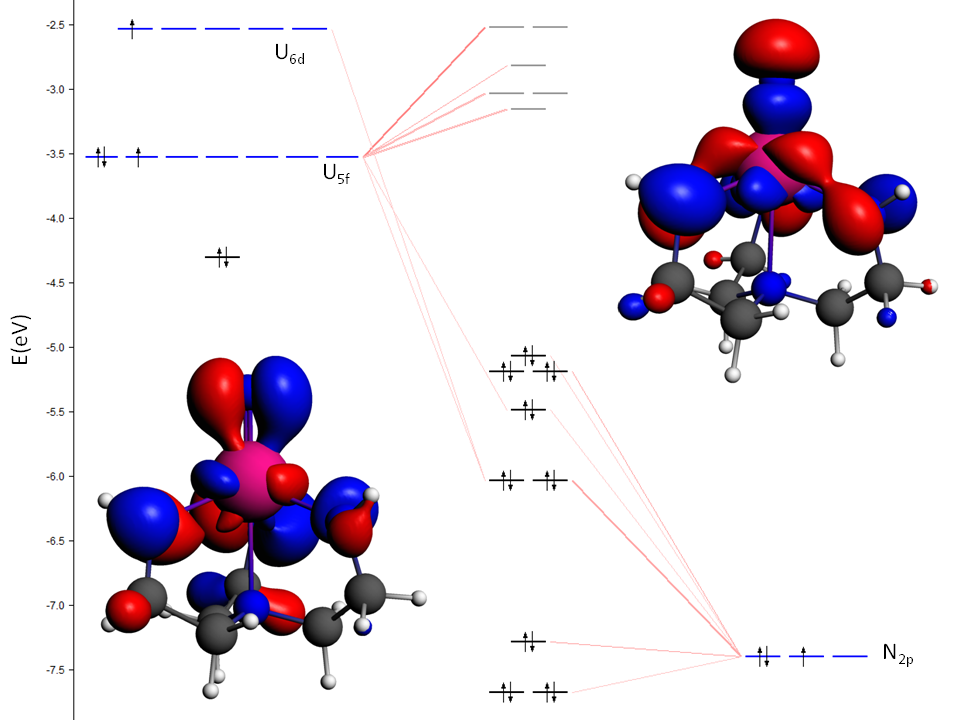