Since its first appearance in 2010, the optimal tuning of the range-separated hybrid functional has reshaped the landscape of computational chemistry, by placing routine DFT calculations on par with those of the prohibitively expensive many-body perturbation theory. Improvements have been added to meet the new level of expectation for DFT in dealing with a wide variety of molecules and realistic environments. Along the way, however, the rigor and simplicity of the original method have somehow gotten lost. 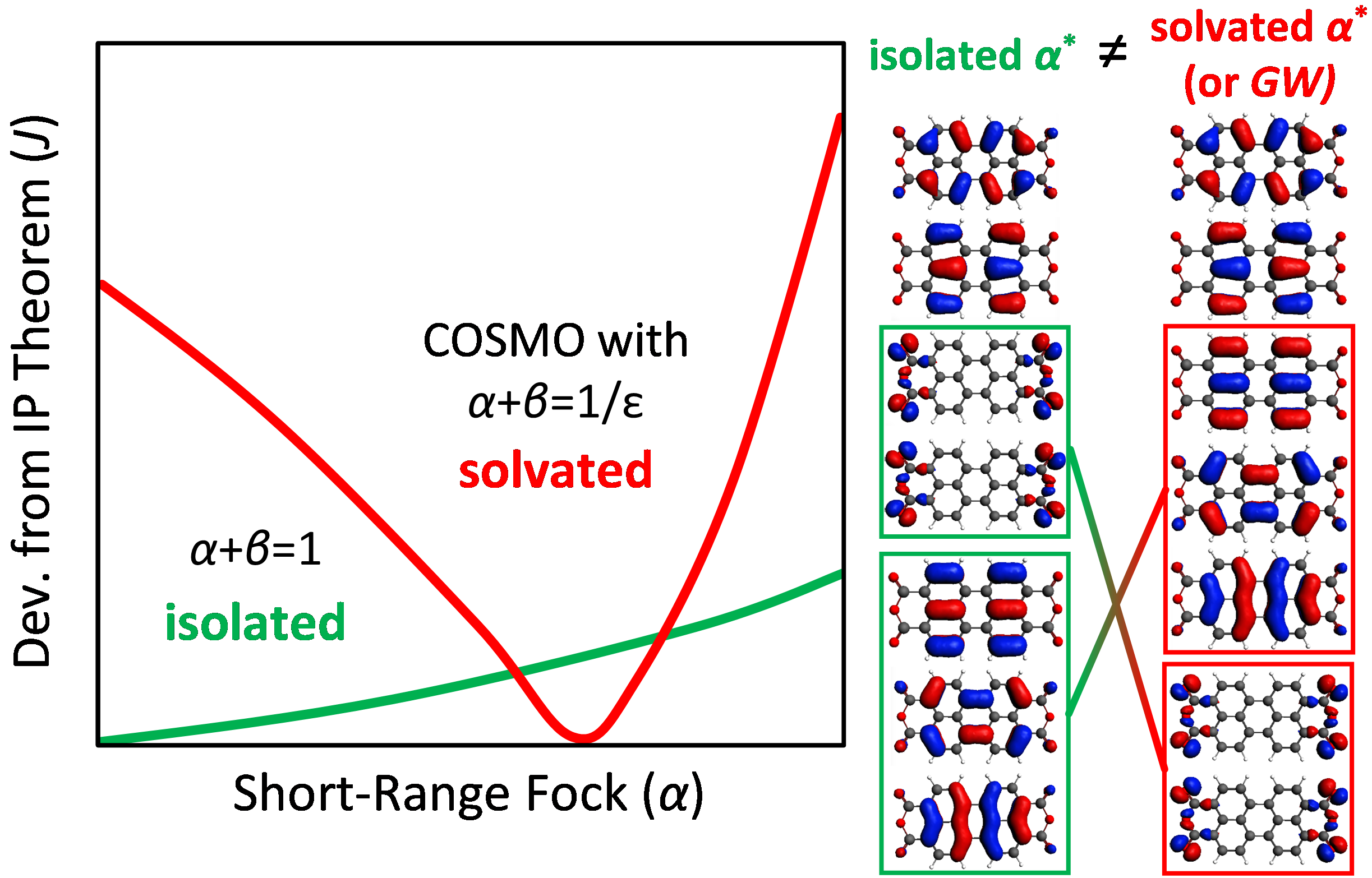 While trying to introduce solvation within the tuning framework, which had been another source of headache for tuning, researchers at Dankook University in Korea have uncovered that the rigor and simplicity aren’t really lost but hidden in plain sight. By using solvation as a means of tuning, they showed that Koopmans’ theorem once again emerges as the sole criterion for optimizing the functional, which works consistently for both the gas phase and dielectric environment.

All calculations were performed with ADF but the new approach requires no more than a standard DFT package equipped with common solvation models, making the much-needed, new-generation DFT readily accessible for experimentalists.